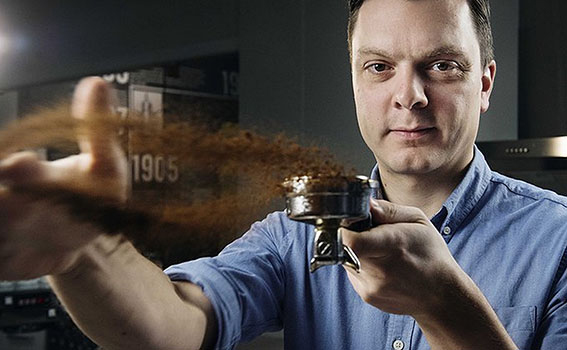 What is the Stockfleths' Method?

Internationally recognized, the Stockfleths Method for distribution is a technique used to distribute coffee grounds in a portafilter basket. The move, which is known for its effectiveness at packing and tamping a portafilter, originated in one of the oldest coffee houses in Olso Norway, Stockfleths. Multiple world champion barista, Tim Wendleboe, who began his coffee career as a barista at Stockfleths café, is well known for using this method.

Tim Wendelboe, began his career as a barista at Stockfleths Cafe in Oslo Norway. He is a 2004 World Barista Champion and 2005 World Cup Tasting Champion. Stockfleths Cafe was founded in 1895 in Oslo Norway and is the backbone Norway’s specialty coffee community.  It’s Norway’s largest specialty coffee roaster. Three barista champions and numerous competing baristas trained at Stockfleths. In the 1990’s the cafe was transformed into a modern coffee shop and presently has 6 locations around Oslo, Norway. Watch Tim preform the Stockfleths method of coffee distribution.

Solo Tamper by artpresso design is inspired by stockfleths method

We emailed Tim when we first started to develop the distribution side of the SoloTamper because we wanted to understand more about the concept of distributing coffee. He told us some interesting information about the Stockfleths method beginnings.

“That distribution technique actually came from a late night espresso session I had with Robert Thoresen after he won the WBC in 2000. We made espressos together in a bar in Monaco on the afterparty and the portafilters, and machines were not the best to work with. In order not to spill too much coffee in the bar, Robert and I started doing something that weeks later developed in to the Stockfleth’s move and since I like to work clean and neat, I taught it to all the baristas at Stockfleths.”  Tim Wendelboe

Many different variations have resulted because it is a difficult technique to communicate and learn without hands on instruction. However, it is considered one of the best techniques because once mastered, it can result in consistently improved extractions. For this reason, Steven Monti, owner of Artpresso Design, wanted to create a distribution action in a tool that would replicate the same action as the hand motion of the Stockfleths Method. This is what makes the distribution side of the Solo so unique compared to all other coffee distribution tools.

The Solo has a faceted surface with the smallest foot print area of compression out of all the distributors on the market. When adjusted to the proper depth, only a single line of stainless as thin as a piece of thread and as long as 29.1mm/1.15in touches the surface of the coffee grounds as it re-distributes the coffee. The facets emulate the Stockfleth’s method of a finger swipe and allows for rotation in any direction when resting on the rim of a 58mm portafilter.  The angles of the facets ensure density of the coffee is not localized and eliminate friction so coffee grounds wont stick to surface. Rotating the distributor in any direction as it rests on the portafilter will create a uniform, evenly distributed density of coffee mass throughout with the least amount of compression and air pockets.

Hover over the images to read more. 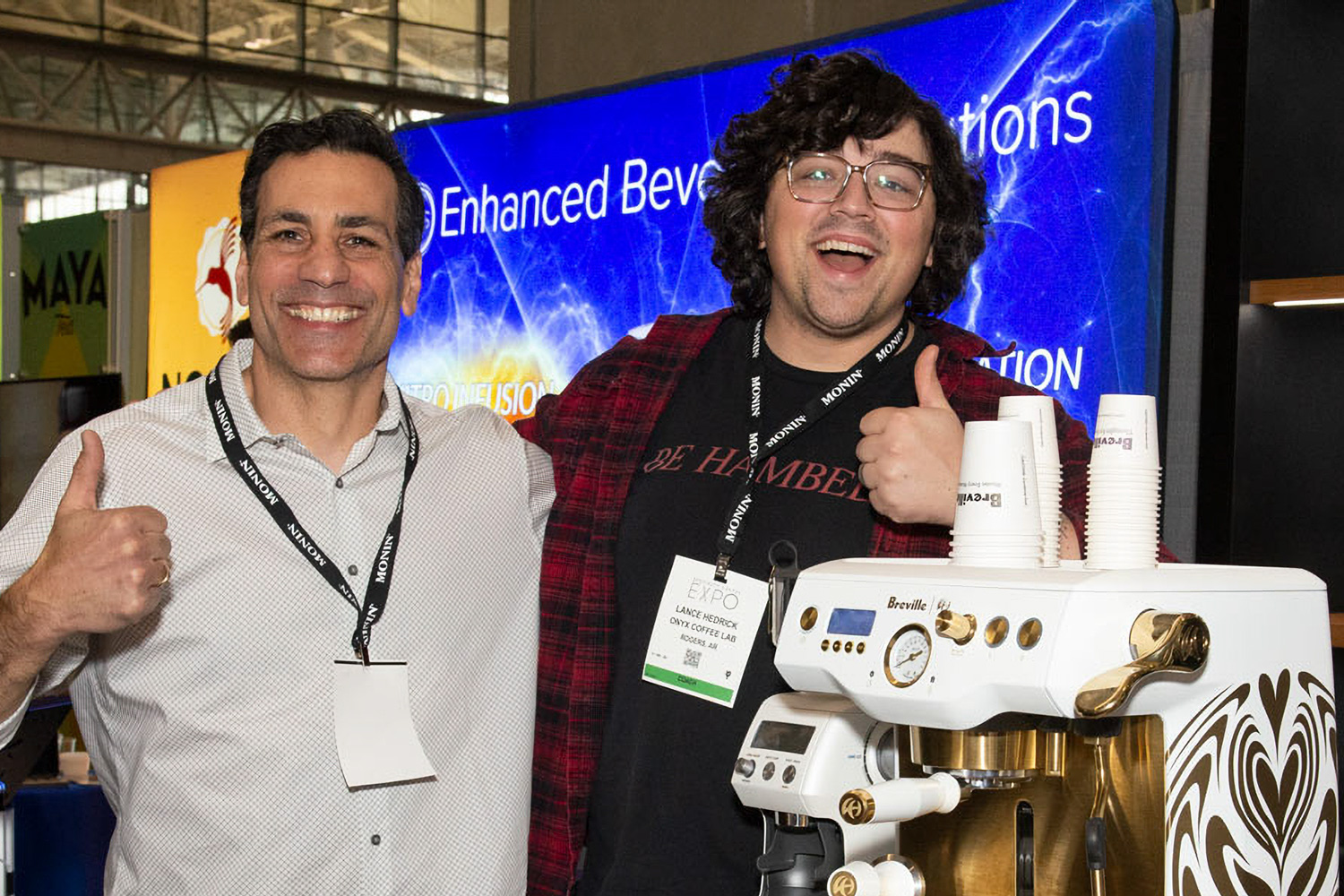 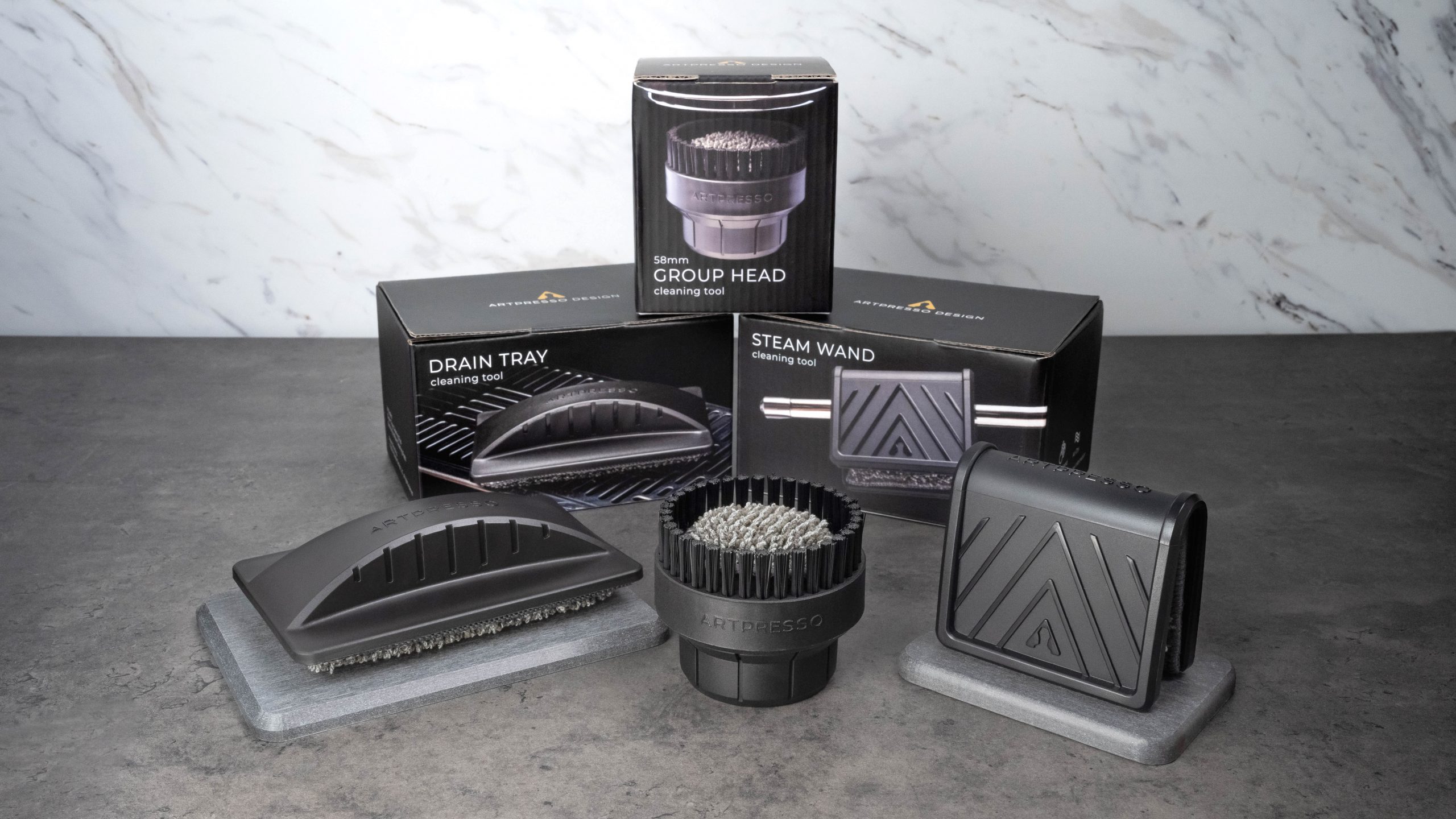 Thank you for signing up!

We use information collected through cookies and similar technologies to improve your experience on our site, analyze how you use it and for marketing purposes.
Privacy Policy

We and our partners use information collected through cookies and similar technologies to improve your experience on our site, analyze how you use it and for marketing purposes. Because we respect your right to privacy, you can choose not to allow some types of cookies. However, blocking some types of cookies may impact your experience of the site and the services we are able to offer. In some cases, data obtained from cookies is shared with third parties for analytics or marketing reasons. You can exercise your right to opt-out of that sharing at any time by disabling cookies.
Privacy Policy
Allow all

Always ON
These cookies and scripts are necessary for the website to function and cannot be switched off. They are usually only set in response to actions made by you which amount to a request for services, such as setting your privacy preferences, logging in or filling in forms. You can set your browser to block or alert you about these cookies, but some parts of the site will not then work. These cookies do not store any personally identifiable information.

These cookies and scripts may be set through our site by external video hosting services likeYouTube or Vimeo. They may be used to deliver video content on our website. It’s possible for the video provider to build a profile of your interests and show you relevant adverts on this or other websites. They do not store directly personal information, but are based on uniquely identifying your browser and internet device. If you do not allow these cookies or scripts it is possible that embedded video will not function as expected.

These cookies and scripts may be set through our site by our advertising partners. They may be used by those companies to build a profile of your interests and show you relevant adverts on other sites. They do not store directly personal information, but are based on uniquely identifying your browser and internet device. If you do not allow these cookies and scripts, you will experience less targeted advertising.

Facebook Advanced Matching can improve ads attribution and conversion tracking. It can help us reach better-targeted custom audiences through our ads. When possible, we will share with Facebook hashed information like your name, phone, email, or address.

Facebook Conversion API Events (CAPI) help us better understand how you interact with our websites. They allow us to measure the impact of our ads on the website's conversions and they improve ads targeting through custom audiences. When possible, we might share with Facebook information like name, email, phone, address.
Confirm my choices Allow all